Growing up surrounded by the idyllic landscape of Northern Ireland fostered Christopher Spalding’s curiosity about the natural world and the physical laws that explain it. Exploring relationships among seemingly divergent aspects of the universe led him to planetary astronomy. Today, he believes the field is nearing a unifying theory that can place and help explain the striking variety of planets within a single framework. As a theorist, Christopher illuminates the forces that result in massive Jupiter-like planets, studies misalignments in the rotations of distant stars and planetary orbits, and considers how such oddities can occur. In parallel, he investigates extinction patterns that sculpt the Earth’s biosphere. Insights from his research are allowing scientists to assess how our own planetary system fits into the larger context of the galaxy.

In his fellowship, Christopher will develop and test a theoretical framework on the diverse forms and dynamic behavior of planetary systems. With an interest in fueling collaboration across scientific fields, he will tackle astrobiological challenges including studying the Earth’s long-term habitability. Christopher graduated from Caltech in June 2018 with a Ph.D. in planetary science. Inspired by television presenters and authors who communicate scientific ideas in accessible ways, Christopher contributes to public outreach efforts.

“I believe that planetary astronomy stretches all the way from the formation of planets to the start of life on Earth. I am excited to ponder the many ways that life may influence how planets evolve.” 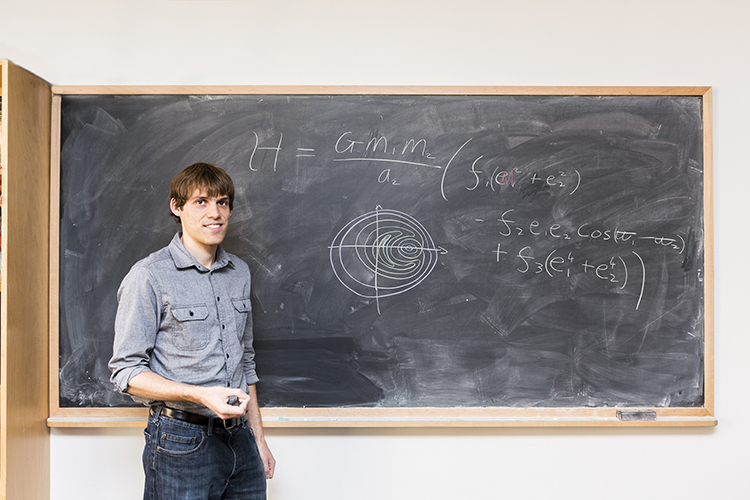