Emily Martin found her gateway to planetary science while working in an astronomy instrumentation lab as a college senior. Today, she constructs and restores instruments that facilitate enhanced observations of objects within and beyond our solar system. Emily spent six years contributing to the upgrade of the Near Infrared Spectrograph (NIRSPEC), which operates out of the W.M. Keck Observatory in Hawai‘i. This workhorse instrument gathers broad-ranging data on astrophysical objects including comets, exoplanets, newly forming stars, and some of the most distant galaxies. After designing and prototyping new optics and electronics as a graduate student, Emily travelled to the W.M. Keck Observatory with a team of scientists to upgrade NIRSPEC’s detectors and optics. Her work mutes the amount of instrumental noise received, allows observers to see fainter objects, and captures higher resolution information.

In her fellowship, Emily will pioneer a method to directly compare solar system planets to exoplanets using a novel instrument she developed for Lick Observatory, called PEAS (The Planet as Exoplanet Analog Spectrograph). Emily looks forward to creating new technology that assists her peers in pursuing novel scientific avenues. In 2018, Emily received a Ph.D. in astronomy from the University of California, Los Angeles, and pursued research at University of California, Santa Cruz prior to starting her 51 Pegasi b Fellowship.

“I love the cooperative spirit behind instrumentation, and that it enables all different kinds of science. It feels so impactful to contribute to multiple parts of the planetary science field.” 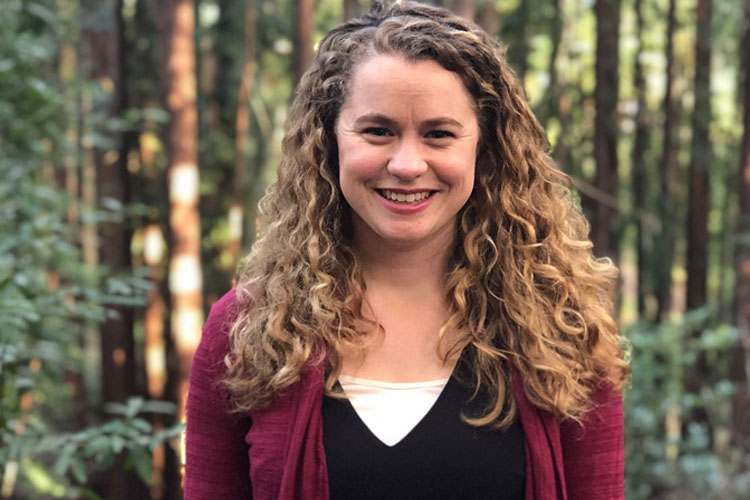