On a towering brick wall near the Brooklyn Academy of Music in New York City, a mysterious class of cosmological objects dance with the diverse women of New York City.

“A Cluster of Enigmas” is the first in a series of colorful murals completed by renowned artist Amanda Phingbodhipakkiya, in her new partnership with the Heising-Simons Foundation entitled “FINDINGS.” 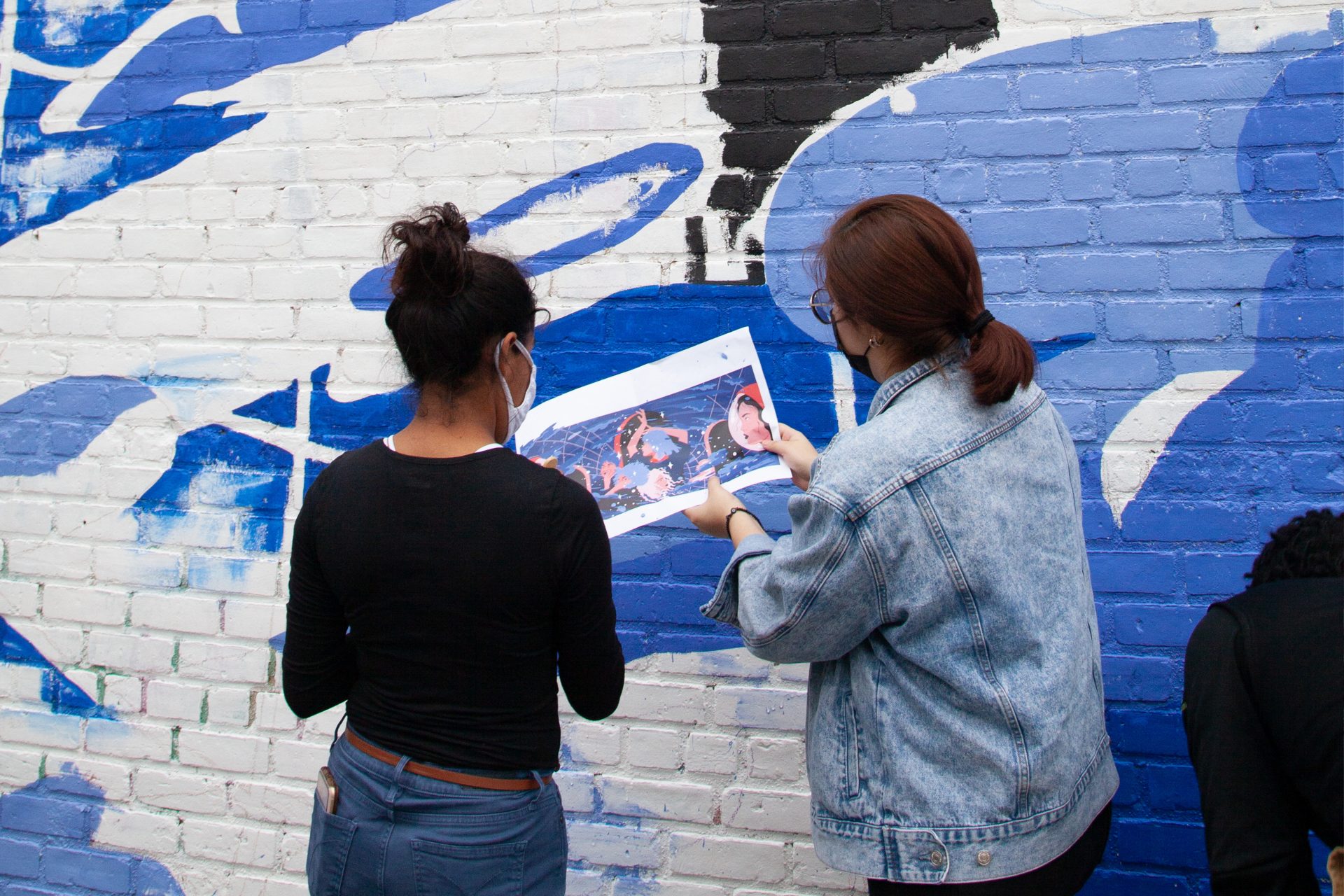 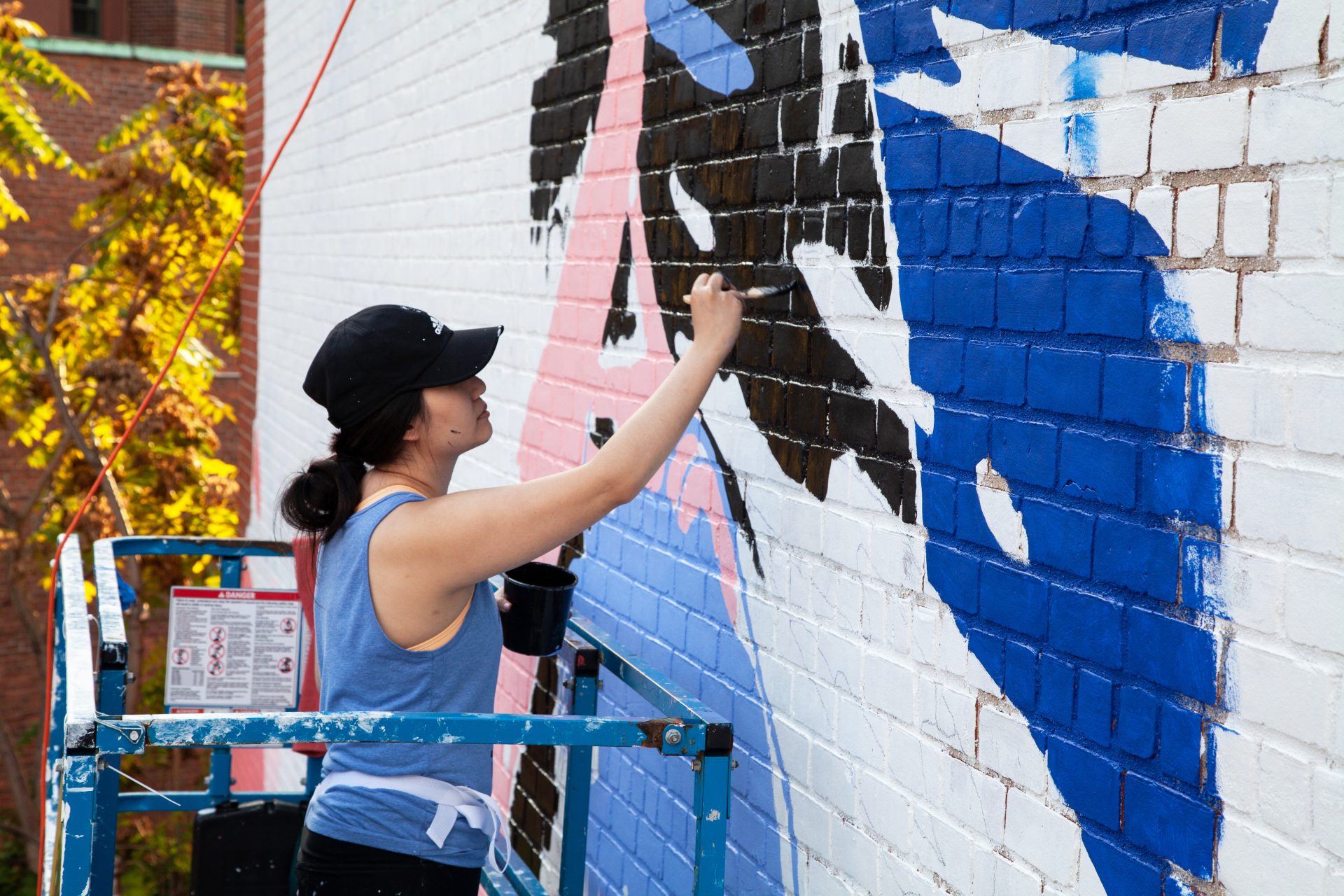 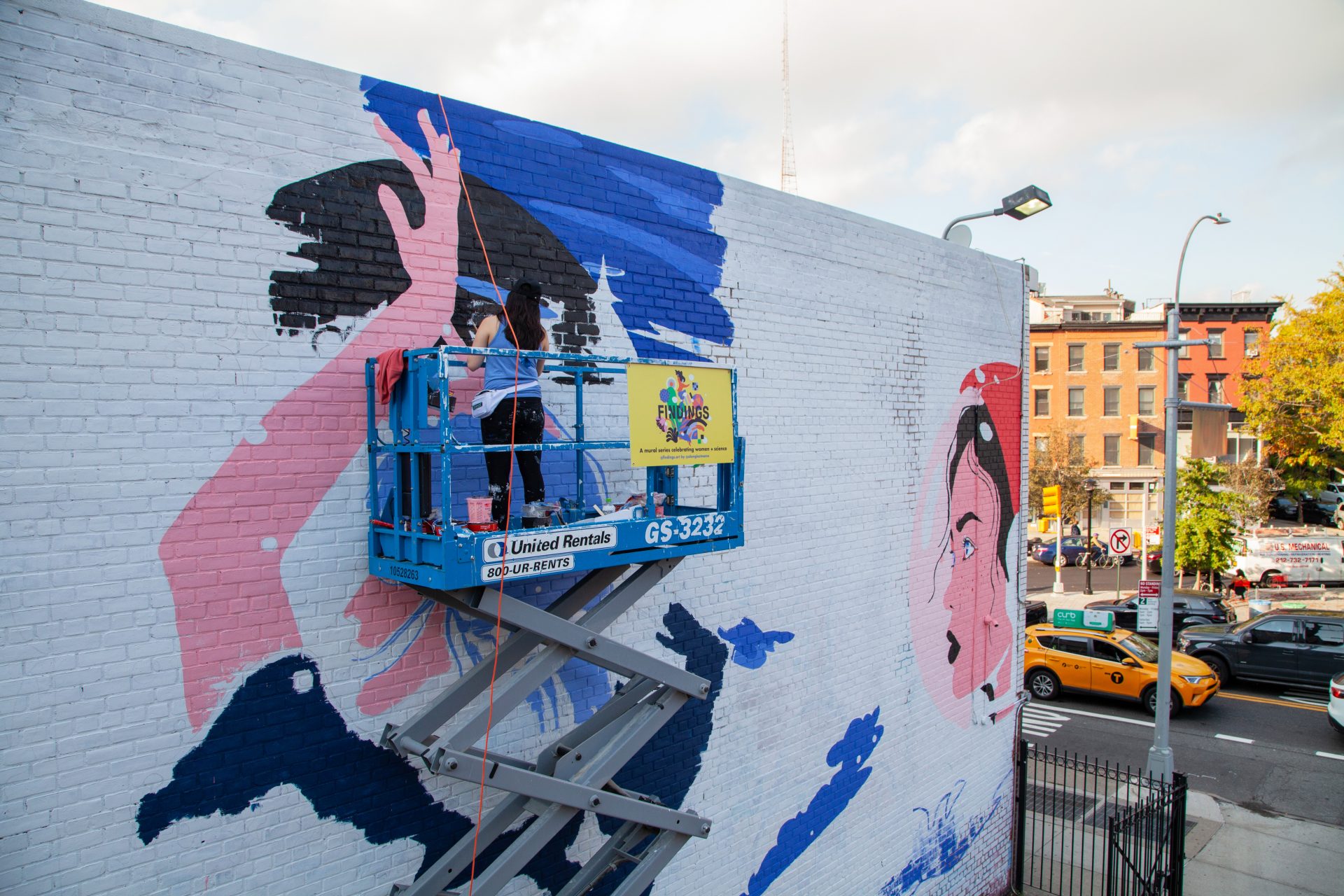 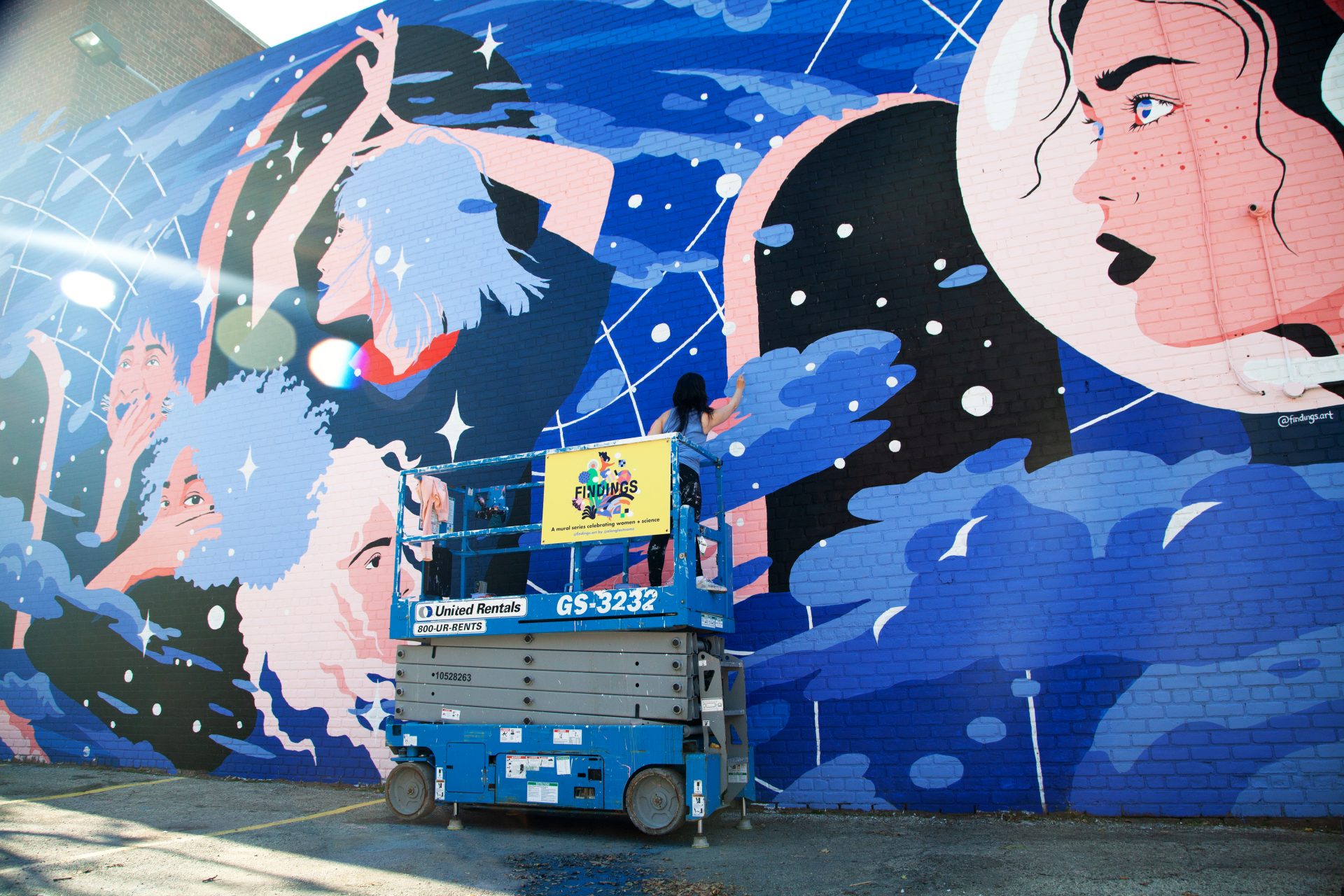 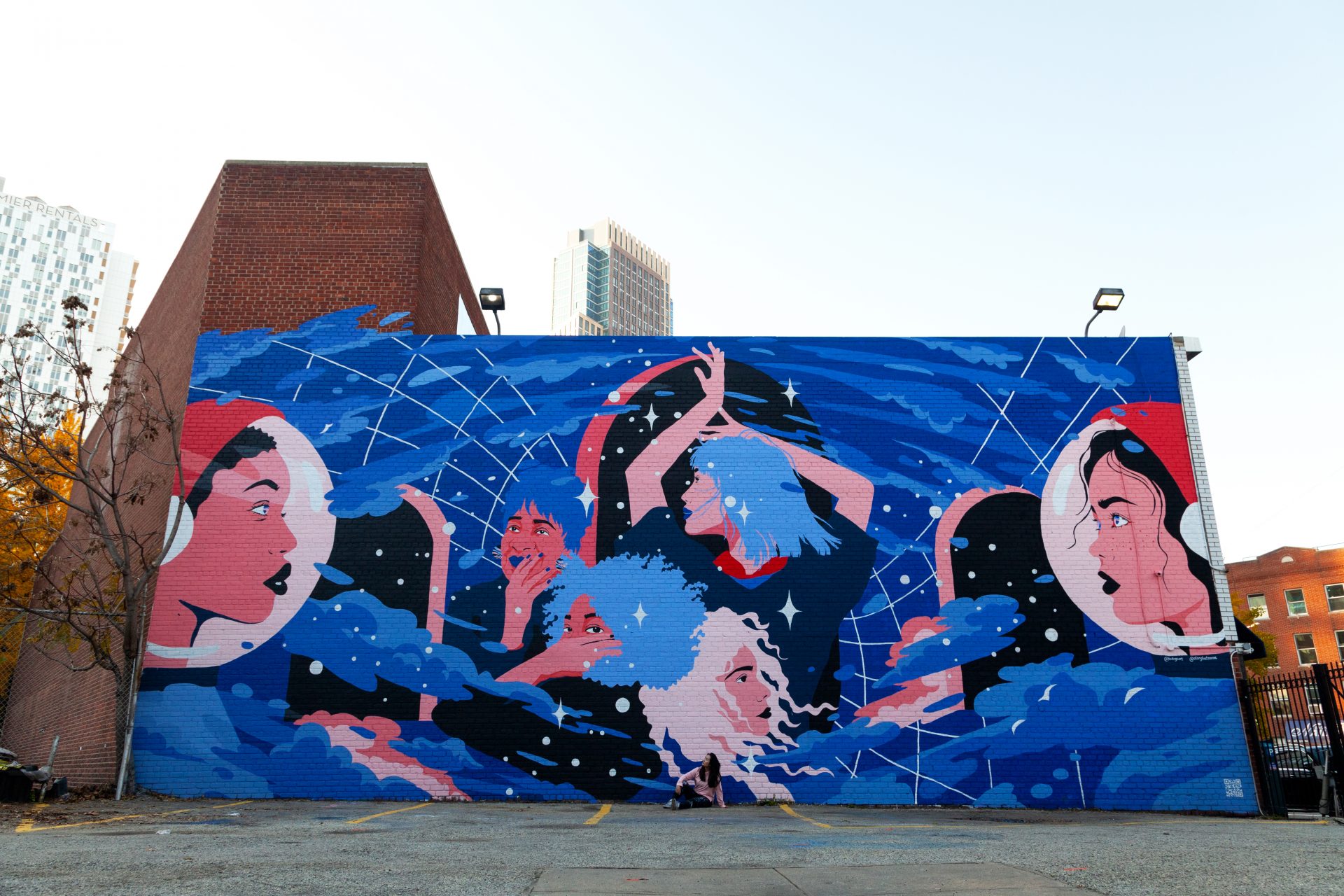 The mural’s scientific underpinnings are drawn from the research of Dr. Jackie Faherty, an astronomer at the American Museum of Natural History. Dr. Faherty studies brown dwarfs, substellar objects about the size of Jupiter. Though a ubiquitous part of stellar and planetary systems, their hybrid properties and complex atmospheres make them difficult research subjects, earning them the nickname “misfits of the Galaxy.”

In “A Cluster of Enigmas,” four women are grouped together, each cloaking a part of themselves. The leftmost figure is Dr. Josephine English, the first Black woman to open a private practice in NYC. It is only fitting that as a pioneer in her field she sits among the stars. Openings appear in the sky, gateways to the stars, just as brown dwarfs are windows to the Universe. This scene is flanked by two visionary space pioneers, women who helped humanity see and travel through the cosmos. The mural and project were recently highlighted by Fast Company magazine, which calls the work “immersive and visionary.”

FINDINGS is a public art series celebrating women and science, appearing in cities across the United States. The project is part of the Heising-Simons Foundation’s initiative to promote and elevate women in science. The Foundation, a family foundation based in California, works with its many partners to advance sustainable solutions in climate and clean energy, enable groundbreaking research in science, enhance the education of our youngest learners, and support human rights for all people. Its Women in Physics and Astronomy grantmaking strives to increase the number of women in these fields in the United States.