WGBH Educational Foundation (WGBH) is the nonprofit organization that oversees the WGBH television and radio stations in Boston, Massachusetts. WGBH is PBS’ largest producer for television and the web, and is home to the national program FRONTLINE.

This grant supported the 37th season of FRONTLINE, an investigative and long-form journalism series on American television. Over the course of this season, FRONTLINE tackled a breadth of national stories, froman inside look into the Mueller investigation to a two-segment episode that pairs a report on the US involvement in Yemen with an investigation of the rising outbreak of black lung disease in Central Appalachia. Since its premierein 1983, FRONTLINE has garnered every major journalism and broadcasting award in the United States, including 91 Emmy Awards, 20 Peabody Awards, and, in 2019, its fourth duPont-Columbia Gold Baton. 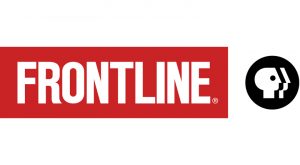