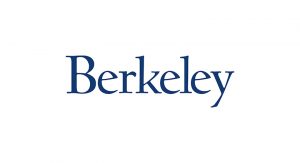 The department of Astronomy at the University of California, Berkeley, is a hub for exoplanet science and instrument development.

The last twenty years of astronomy have seen a revolution in planetary science, with over 3,000 exoplanets discovered orbiting nearby stars. However, only the hottest, most massive exoplanets are currently detectable with direct imaging, while fainter objects remain hidden by the glare of their host star. This problem can be solved by compensating for the effects of atmospheric turbulence using adaptive optics.

The W.M. Keck Observatory is home to one of the world’s most scientifically productive adaptive optics systems, but its system suffers from millisecond time lags between measuring and correcting for atmospheric turbulence. This grant supports the development and implementation of a predictive wavefront system at Keck that will compensate for this time lag and demonstrate a factor-of-two improvement to the detectable planet-to-star contrast ratio.

This effort will not only benefit the direct imaging exoplanet community, but also all Keck adaptive optics users that rely on high-contrast imaging for other research endeavors, such as looking into  supermassive black holes, star formation, and evolution.