The physics department at Stanford University provides instruction and conducts research on topics including astrophysics, cosmology, particle physics, atomic and laser physics, and condensed matter physics. The Satellites Around Galactic Analogs (SAGA) Survey is an ambitious spectroscopic survey designed to better understand our Milky Way Galaxy by placing its satellite galaxy population into a broader cosmological context.   The SAGA Survey goal is to measure the distribution of satellite galaxies around 100 Milky Way-like galaxies well below the luminosity where predictions and observations diverge.  Comparing these results to theoretical models will constrain theories of galaxy formation and of the nature of dark matter.

This grant provides support for the SAGA Survey observing strategy, enabling 28 nights of observing time on the Anglo-Australian Telescope (AAT) to obtain over 40,000 spectroscopic redshifts of low redshift galaxies. These observations have enabled the SAGA team to identify hundreds of low redshift satellites, completing the census of a powerful statistical sample of satellite systems around Milky Way-like galaxies.   These redshifts also enable the team to design methods to increase the efficiency of targeting low redshift galaxies by an order of magnitude, which can be applied for a variety of science goals. The SAGA survey measures the distribution of satellite galaxies around 100 Milky Way Galaxy analogues and is designed to put the Milky Way’s satellite galaxy population into a broader cosmological context. 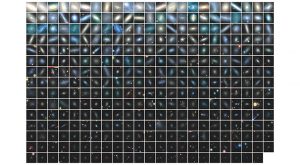