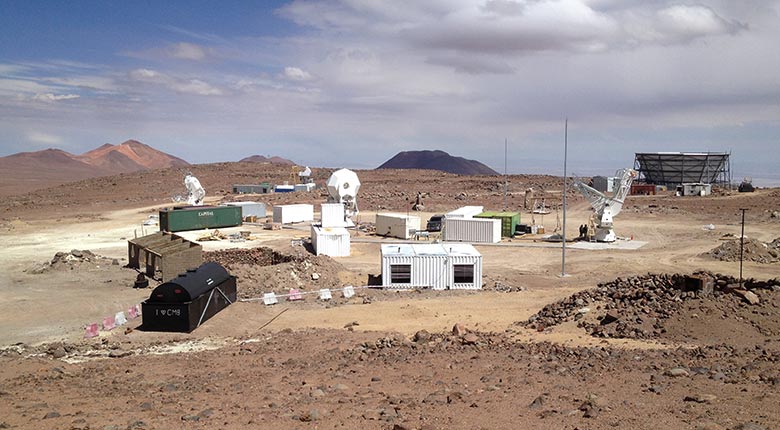 This project will investigate cosmic microwave background (CMB) radiation to better understand the physics of the Big Bang, the nature of dark energy and dark matter, the properties of neutrinos, and the formation of structure in the universe.

“A key target of this observatory is the earliest moments in the history of the universe,” said Mark Devlin, a cosmologist at the University of Pennsylvania and the current project spokesperson. “While patterns that we see in the microwave sky are a picture of the structure of the universe 380,000 years after the Big Bang, we believe that some of these patterns were generated much earlier, by gravitational waves produced in the first moments of the universe’s expansion. By measuring how the gravitational waves affect electrons and matter 380,000 years after the big bang we are observing fossils from the very, very early universe.”

Learn more about this project at the Simons Observatory website.