Kimberly Moore was first introduced to the intriguing physics problems of planetary science during a NASA internship at the Dryden Aircraft Operations Facility. The curiosity sparked by that experience led her to tackle big questions head on—notably as a participant in the NASA Juno Mission to observe Jupiter. As the Juno spacecraft orbited the giant gas planet in 2016, it gathered high-resolution data that challenged the field’s paradigms on the characteristics of Jupiter’s interior. To interpret the findings, Kimberly analyzed data from the spacecraft’s orbit and mapped the surface of the gas giant. Her results revealed that Jupiter’s magnetic field was much more dynamic and complex than expected, and she proposed several scenarios for the planet’s interior structure that could explain the oddity.

In her fellowship, Kimberly will elaborate on her Juno research to further investigate the structure and evolution of gas giants in our solar system. Leveraging an innovative combination of techniques, she will help gain clarity around the function of their magnetic fields and interiors. Her project has strong potential to explain the effects of magnetic fields on exoplanet formation. Kimberly received a Ph.D. in earth and planetary science from Harvard University in May 2020.

“My goal is to ground the truth about Jupiter’s interior and magnetic field so we can apply that understanding to the formation and evolution of other planets in the solar system.” 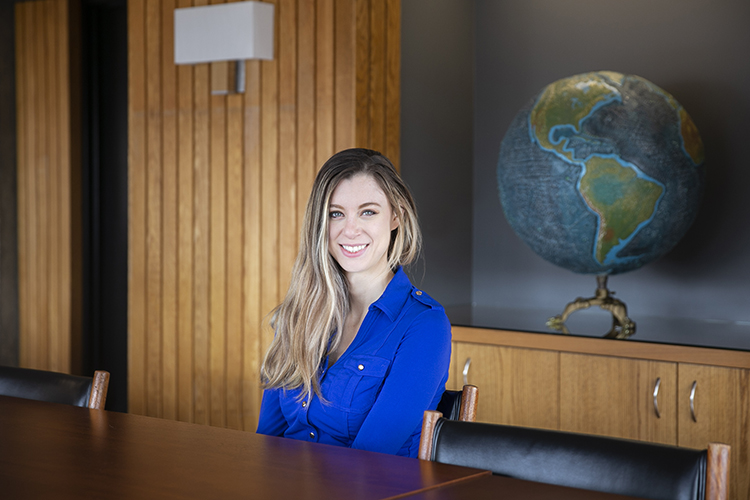