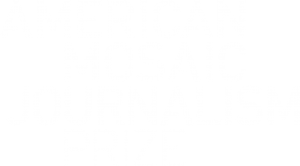 “Julian Brave NoiseCat’s journalism elevates the stories and voices of Indigenous peoples in the United States through vivid and poignant storytelling, from a podcast story that follows one Native American woman who is tasked with counting everyone on her reservation for the 2020 U.S. Census, to a print piece that illuminates the unique joys and challenges of fatherhood as seen through the stories of Indigenous men.”

Julian Brave NoiseCat, a member of the Canim Lake Band Tsq’escen and a descendant of the Lil’Wat Nation of Mount Currie, is a journalist currently based in the Pacific Northwest. His work has appeared in The New York Times, The Washington Post, The New Yorker, The Atlantic, The California Sunday Magazine, and National Geographic, among other outlets.

Mr. NoiseCat’s belief that Indigenous peoples can contribute to understanding and addressing the world’s most pressing challenges inspires his work. “The Census Powwow,” a podcast episode reported for Snap Judgment, follows a member of the Mandan, Hidatsa and Arikara Nation as she attempts to count everyone on her reservation in the 2020 U.S. Census. “Indigenous Fathers Take Lessons From Their Own Experience to Create Healthy Lifestyles for Their Children” is an examination of the joys and challenges of fatherhood as seen through the perspective of Indigenous men. Mr. NoiseCat also reports on other often overlooked issues and communities. In “The House of Magnolia Street” he followed a movement of unhoused Black mothers reclaiming property from investors in West Oakland, California.

Mr. NoiseCat is a fellow of New America and the Type Media Center. He has previously been a finalist for the Livingston Award, which honors the best reporting and storytelling by journalists under the age of 35, as well as a finalist for a Mirror Award and multiple Canadian National Magazine Awards.

His forthcoming book We Survived the Night, an account of contemporary Indigenous life in the United States and Canada woven together with personal narrative, will be published by Alfred A. Knopf.

Indigenous Fathers Take Lessons From Their Own Experience to Create Healthy Lifestyles for Their Children
—National Geographic
June 17, 2021

The House on Magnolia Street
—The California Sunday Magazine
March 19. 2020