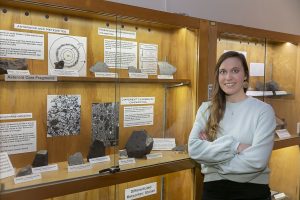 Studying the heritage of meteorites to develop a timeline for planet formation and other early solar system events.

Studying the heritage of meteorites to develop a timeline for planet formation and other early solar system events.

Emilie Dunham feels lucky every time she holds a meteorite—a rock that has survived a fiery journey to Earth’s surface after traveling through space for millions of years. By investigating the history of such primitive rocky fragments, Emilie creates a clearer picture of how particles, dust, and gas moved within our young solar system to eventually build planets. As an experimentalist, Emilie analyzes the composition of meteorite inclusions to scrutinize theories about how quickly the solar system formed. Clarifying the timing of early events not only helps astronomers comprehend how our solar system works today, but also provides clues as to the formation and evolution of distant exoplanets.

In her fellowship, Emilie will test a novel prediction that Jupiter formed sooner and faster than previously thought, impacting the path of particles between the inner and outer regions of the solar system. Emilie will measure and compare the properties of ancient meteorite samples from the two zones to either validate the theory or prompt its reconsideration. No matter the outcome, the robust dataset generated from Emilie’s work will allow for more informed comparisons between inner and outer objects in our solar system, and could unveil valuable knowledge about its origins. Emilie received a Ph.D. in geosciences from Arizona State University in May 2020.

“I’m excited to work at the crossroads of astronomy and planetary sciences during my fellowship. It’s often at the intersection of diverse research areas where groundbreaking discoveries are made.” 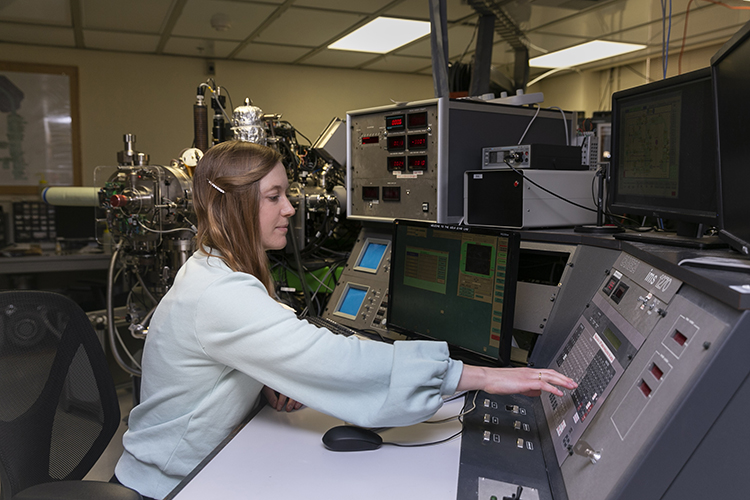