The thrill of astronomical discovery has accompanied Jason Wang throughout his career—from flights aboard the SOFIA airborne observatory and visits to the Gemini South telescope in Chile, to his first view of exoplanet 51 Eridani b. Jason’s expertise lies in the detection and characterization of exoplanets through direct imaging, a method of observation made difficult by the brilliant glare a star places on its relatively dim orbiting planets. As part of the Gemini Planet Imager Exoplanet Survey program, he develops software infrastructure and implements algorithms to unveil the faint light of planets. Jason also pursues a passion for education by creating astronomy demonstrations, including a popular time-lapse animation of four planets orbiting a faraway star generated using imagery from the Keck Observatory in Hawaii.

In his fellowship, Jason will expand his efforts to measure the orbits of young, gas giant exoplanets similar to Jupiter. He will also work with the Keck Planet Imager and Characterizer, a program supported by the Heising-Simons Foundation, to better understand and document these planets’ atmospheres. In addition to growing the field’s understanding of planet formation, his work has the potential to maximize the output of existing observatory data—and influence scientists’ approach to data processing in a new era of big data and machine learning. Jason graduated from the University of California, Berkeley in May 2018 with a Ph.D. in astrophysics.

“A standout moment for me was observing at the Gemini South telescope, up on an isolated mountaintop in Chile. The serene, surreal environment helped me appreciate the lengths people will go to find the most remote locations to observe. It felt great to be an astronomer.” 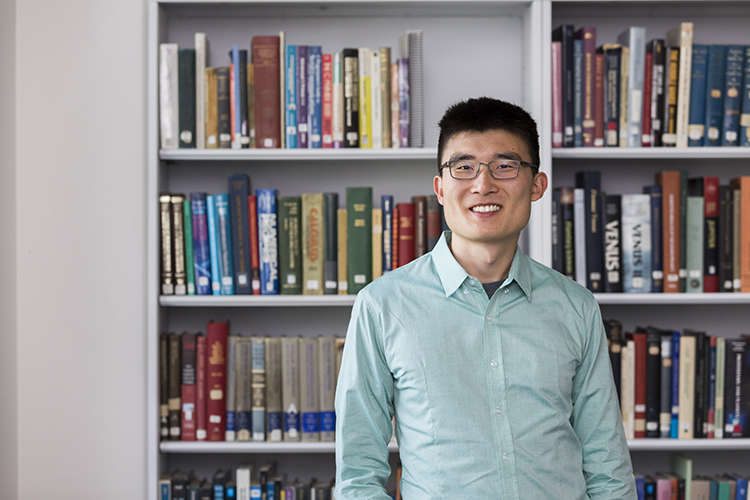