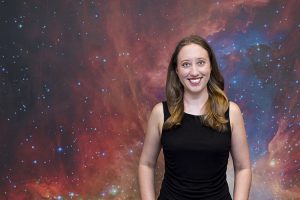 Deepening the narratives of distant planetary systems by detecting, characterizing, and explaining the role of massive gas giant planets.

Deepening the narratives of distant planetary systems by detecting, characterizing, and explaining the role of massive gas giant planets.

Seeking to understand the astounding diversity of nearby exoplanets and their beginnings, Marta Bryan studies exoplanetary analogs of Jupiter and Saturn, the most visible relics of planet formation. Harnessing multiple observational techniques, Marta explores the origins of young, massive gas giant planets orbiting extremely far from their host stars, a phenomenon that challenges conventional formation and migration models. She also investigates how long-period gas giant planets can influence the formation and evolution of other gas giants in their systems, recently showing that dynamical interactions among these planets play an important role in the evolution of planetary systems.

In her fellowship, Marta will expand her observational work to investigate the effect of outer gas giant planets on the structure and formation of systems with smaller planets closer in to their host stars, including rocky planets analogous to Earth and ice giants similar to Neptune. In addition, she will use the twin Keck telescopes, based in Hawaii, to characterize the atmospheric compositions of young gas giant planets, measure the speeds at which they rotate, and conduct a survey of the Taurus star-forming region to search for gas giant planets in their infancy. These studies will place novel constraints on the genesis of gas giant planets and their influence on the diversity of planetary systems. Marta graduated from Caltech with a Ph.D. in astrophysics.

“Gas giants are the movers and shakers of planetary systems. They affect the transport of rocky and icy materials into the inner disk where small planets are born, and they push these smaller planets around once they form. So, to explain the rich diversity within planetary systems, we need to first understand how gas giants form and evolve.” 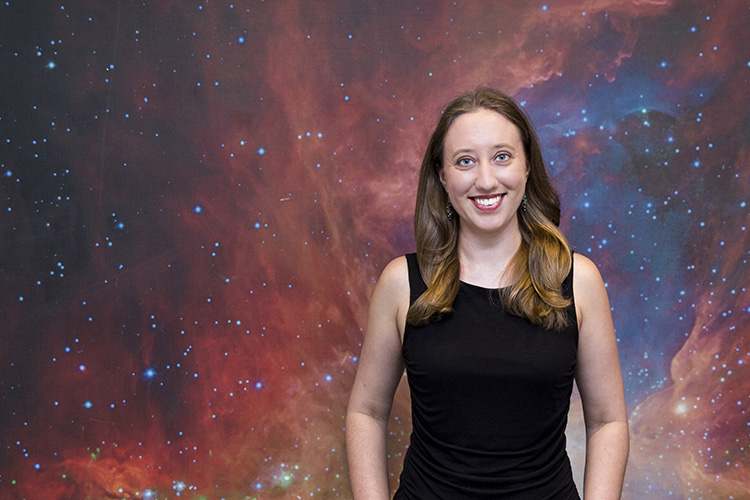