Developing new strategies to assess the engines that generate the magnetic processes and environments of planet-like objects, and to interpret exoplanet radio detections.

Developing new strategies to assess the engines that generate the magnetic processes and environments of planet-like objects, and to interpret exoplanet radio detections.

The moment Melodie Kao makes a new astronomical detection, she savors being the sole keeper of a secret about the universe. An astonishing discovery she made as a graduate student heralded a paradigm shift in the way scientists understand the engines that power planetary magnetic fields. Collaborating with a team, Melodie used radio observations to show that powerful displays of aurora can occur on brown dwarfs (failed stars with magnetic behaviors akin to exoplanets). Revealing these phenomena on a brown dwarf unlocked a new strategy for detecting exoplanet-like objects and probing their magnetic fields using radio observations of aurorae.

In her fellowship, Melodie will further develop radio observations to illuminate the engines that generate magnetic processes in both brown dwarfs and exoplanets. In conjunction, she will investigate their aurorae, as well as the physics occurring in their magnetospheres (the region of space influenced by an object’s magnetic field). Understanding such magnetic behaviors will provide a key missing ingredient for fully characterizing exoplanetary systems. Melodie also looks forward to working with professors at University of California, Santa Cruz to integrate her boundary-setting skills workshops into science programming. In 2017, Melodie received a Ph.D. in astrophysics from the California Institute of Technology. Melodie was a NASA Hubble Postdoctoral Fellow at Arizona State University prior to starting her 51 Pegasi b Fellowship appointment in Fall 2021.

“When I first analyzed what became the tell-tale smudge of an aurora on a free-floating planetary mass object, there was a peculiar experience that became harder and harder to ignore—almost like the reality of what we found was oozing into my consciousness.” 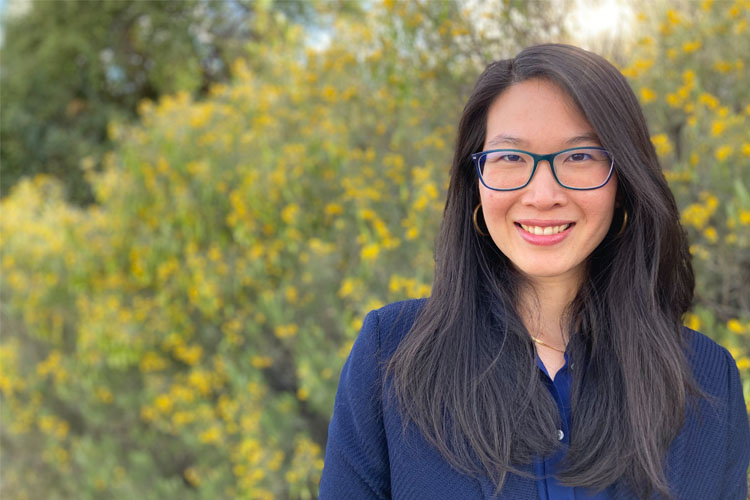