For Sam Birch, the most exciting aspect of being a planetary scientist is the opportunity to ponder the outstanding questions that surface from the exploration of strange icy worlds. His work centers around observations from spacecraft missions that are actively examining objects in the outer solar system. Sam finds Titan, Saturn’s largest moon, particularly captivating. Several unique traits make Titan a compelling object to investigate, including a dense nitrogen-dominated atmosphere, a salty liquid water ocean beneath the surface, and an icy exterior sculpted by rivers, seas, waves, and sand dunes. Combining data from the Cassini spacecraft and computer simulations, Sam has sought to understand the lakes, rivers, and seas clustered around Titan’s north and south poles. His work has helped address fundamental inquiries related to the origins and evolution of Titan’s fascinating landscapes.

In his fellowship, Sam will probe the conditions under which river deltas can form in a place like Titan, where flowing liquids may interact differently with its frozen surface compared to Earth. If found, river deltas may unveil a record of Titan’s climate history and reveal how liquid methane has molded its landscapes. Sam’s investigations will also help inform the upcoming Dragonfly mission, which will travel to Titan for a closer look at its diverse natural features, and hunt for signs of life. In 2018, Sam received a Ph.D. in planetary science from Cornell University. Prior to starting his 51 Pegasi b Fellowship, Sam worked as a postdoctoral research associate at Cornell University.

“Titan is the most exciting place in our solar system because it continues to motivate newer and bigger questions, highlighting why we must continue exploring it. I’m eager to see what secrets we uncover with Dragonfly in the coming years.” 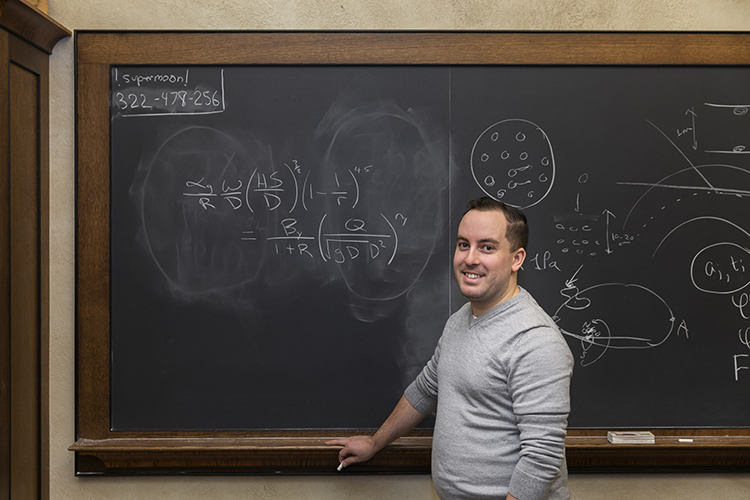