Thaddeus Komacek first discovered the wonder of space in his fifth grade science classroom, and cultivated his passion through Science Olympiad. Today, he conducts robust 3D simulations to model the atmospheric dynamics and climates of exoplanets. His research on the underlying mechanics of gas giant exoplanets with orbits close to their stars has helped inform current and future observations of these planets. As a theorist, Thaddeus aspires to help shape the missions of new space-based telescopes as they are launched in the coming decades.

During his fellowship, Thaddeus will examine the atmospheres of Earth-like planets. He will use simulations to explore the effect of cloud behavior on climate across a wide range of possible terrestrial exoplanets. Filling in these blanks will help other planetary scientists focus on the most useful observation methods and zero in on promising targets. These steps will in turn support the field in understanding the existence of habitable climates and emergence of life on planets around other stars. Thaddeus graduated from the University of Arizona in May 2018 with a Ph.D. in planetary sciences. He seeks to spark and nurture the interests of new generations through continued involvement with Science Olympiad.

“Astronomers are on the verge of being able to study terrestrial planets outside of our solar system, and in the coming decades we will gain a better understanding of exactly how special Earth is. I’m excited to see what possibilities the next generation of telescopes will bring.” 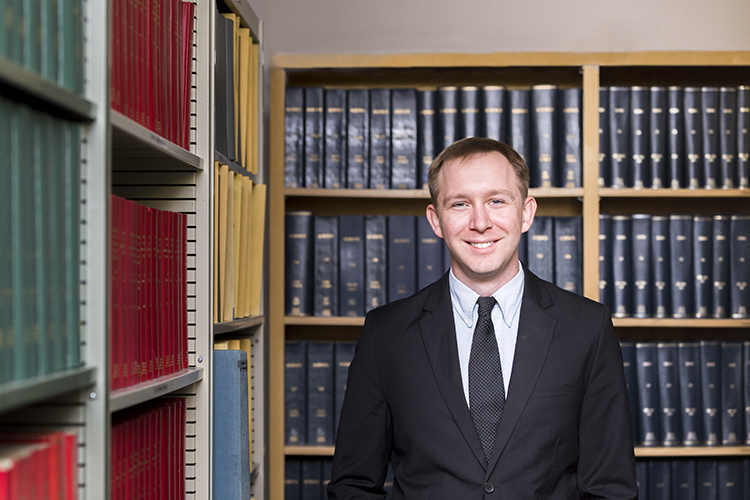