The Dignity Not Detention (DND) coalition is fiscally sponsored by the Immigrant Legal Resource Center.

This grant is for the (DND) coalition to support local organizations within its coalition to advocate for and organize around the closure of immigrant detention centers across the state of California, and to provide reentry support to community members when they are released. A number of grantees of the Human Rights program work collaboratively through the DND coalition, spanning both the immigrant justice and criminal justice reform movements, making the DND coalition a unique space in California for building ties and developing strategy across movements. 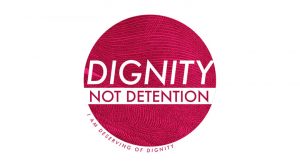