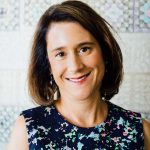 Liz Simons, Chair of the Board of the Heising-Simons Foundation, delivered a slightly revised version of the following remarks at the opening of the Criminal Justice Reform salon on May 26, 2021. The salon was part of the 2021 Philanthropy Innovation Summit Virtual Learning Series, hosted by Stanford PACS.

I’d like to tell you a little story about a moment in time, years ago when I was a new teacher in Oakland, California, and I took my 5th/6thgrade class on a field trip to the old prison on Alcatraz Island. The children were wind-blown and exuberant from the ferry ride, and the island was stunning in the cold sunshine; we were tourists in this prison land from long ago.

At the end, if we dared, we were invited to experience one minute alone in solitary confinement. We all dared. When it was my turn, I remember the metal door shutting behind me and the silence and the blackness. My eyes never adjusted, and I remember trying to imagine what it would be like to be there for an hour. Or days. Or years and years and years. Invisible, even to myself.

The children and I, one by one, emerged pale and quiet, and it was lost on none of us that they were meant to feel this was a lesson, that if they didn’t walk the straight and narrow, this quiet nothingness would be waiting to engulf them when they tripped up.

And sadly, many of these children, all of them Black and Brown, were no strangers to this world; they knew of it through their fathers, their mothers, their older brothers, cousins, and sisters. These were the mid-eighties, the days of Ronald Reagan and his militarized “War on Drugs” that took direct aim at people of color. Already, some of my 11-and-12-year-olds told me, they were being stopped and questioned by the police.

When Reagan took office in 1980, the total US prison population was 329,000, and when he left office eight years later, it had nearly doubled to 627,000. Now we incarcerate more people than any other nation in the world, around two million. Most of them Black and Brown and poor – and most languishing pre-trial in jails, with little or no access to effective legal defense.

Mass incarceration actually peaked in this country around 2007, the same year my husband, Mark, and I started our foundation. My experience as a teacher had drawn me to education philanthropy, and we had started supporting work in early childhood education and care. We also were supporting climate and clean energy and basic science research, which were, and continue to be, important to Mark.

It wasn’t until several years later when our daughter, Caitlin, joined the foundation and asked us point blank how we could not be addressing the most massive national human rights abuse of our time, that we started to support criminal justice reform in the United States. That, along with immigrant rights work, became our foundation’s human rights program, now led by Angie Junck.

Caitlin schooled us, and her human rights framing united us as a family. Even before we had a real program, she and our program officer, Justine met with activists and leaders of criminal justice reform organizations – all centering the voices of people most impacted by the system. Mark became excited by the momentum in California, including the promise of Prop 47.

Eventually I started to join Caitlin and Justine, and the more I learned, the more impressed I became by the enormity and ingenuity of a system that has this power to shapeshift and grow every time we try to beat it back.

Taking a page from the great Bryan Stevenson, I decided to get proximate, and for the past six years have been volunteering once a week in juvenile hall as a writing facilitator. It’s nothing like the dark faut “solitary” we experienced at Alcatraz; it’s bustling – teenagers, almost all Brown and Black, in drab prison sweats and Velcro shoes, talking, laughing, crying, and writing some of the most heartbreaking things I’ve ever read, like about what they’ve missed: a mother’s hug, an abuela’s funeral, the wind in the trees; and what haunts them: memories of being raped, wondering if they’ll ever see their baby again who’s been placed in foster care, that feeling that they are irredeemable – that they deserve all this.

The vicious cycle of trauma, poverty, family separation, and incarceration is on full display, and all too many of these kids end up funneled into the adult system. And like their adult counterparts in jails, most are held pre-trial and are waiting for their court dates-sometimes for months and occasionally, for years. Lately I’ve been zooming with them, and things are much quieter and lonelier with no in-person visits. Many of the kids have been in Covid quarantine, giving them that taste of solitary.

As I look back, I wonder why it took me so long to see and respond to what my daughter saw so quickly, that the millions of people incarcerated, criminalized, surveilled, and sometimes executed under our watch is an unconscionable abuse of human rights.  Even though I witnessed it building grotesquely before my eyes, it hadn’t occurred to me to act, and I averted my gaze. I wasn’t alone. Although justice leaders have been fighting for years to lift up and address the root causes behind our bloated punishment system, philanthropy has overall been slow to invest in impactful reform work.

But today there is more political momentum for justice reform than at any time in the past 50 years – and ample ways for philanthropists to jump in. So I hope you follow the lead of my daughter, listen to your heart and sense of outrage – and do something. 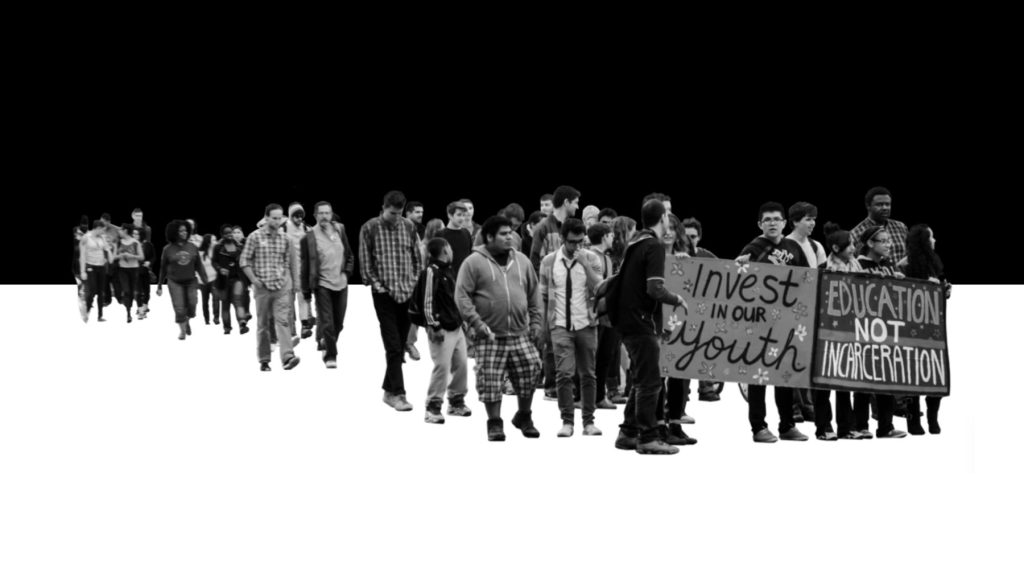