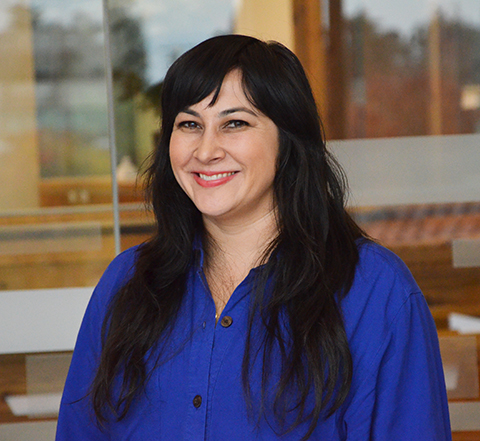 Angie Junck is the director of the Human Rights program at the Heising-Simons Foundation. Prior to joining the Foundation in 2018, Angie was the director of Immigrant Defense Programs and Supervising Attorney at the Immigrant Legal Resource Center (ILRC) for over 13 years. In that role, she led a state and federal policy agenda and programs on crim/imm, immigration enforcement, and immigrant youth.

Under her leadership, Angie strengthened the capacity of organizations and entities in California and across the country, and she incubated and led multi-issue collaboratives and campaigns engaging a variety of partners, resulting in innovative state and local models and policies to address criminalization, incarceration, and deportation. Prior to ILRC, Angie worked in the law offices of Norton Tooby and at Van Der Hout, Brigagliano & Nightingale, in both cases working on complex immigration law issues.

She currently serves on the boards of directors of Grantmakers Concerned with Immigrants and Refugees (GCIR), Al Otro Lado, Human Rights Watch’s U.S. program, and California Coalition for Women Prisoners. Angie has also previously served on several other commissions and boards, including the American Bar Association’s Immigration Commission, and has served as the co-chair of the American Bar Association’s Criminal Justice Section’s Immigration Committee, and as an advisory member for the California Alliance for Youth and Community Justice, Center for Immigration and Child Welfare, and California Coalition for Women Prisoners. Angie earned a Juris Doctor degree from the University of California, Hastings, and a bachelor’s degree from the University of California, Berkeley.